How Do VPNs Work? 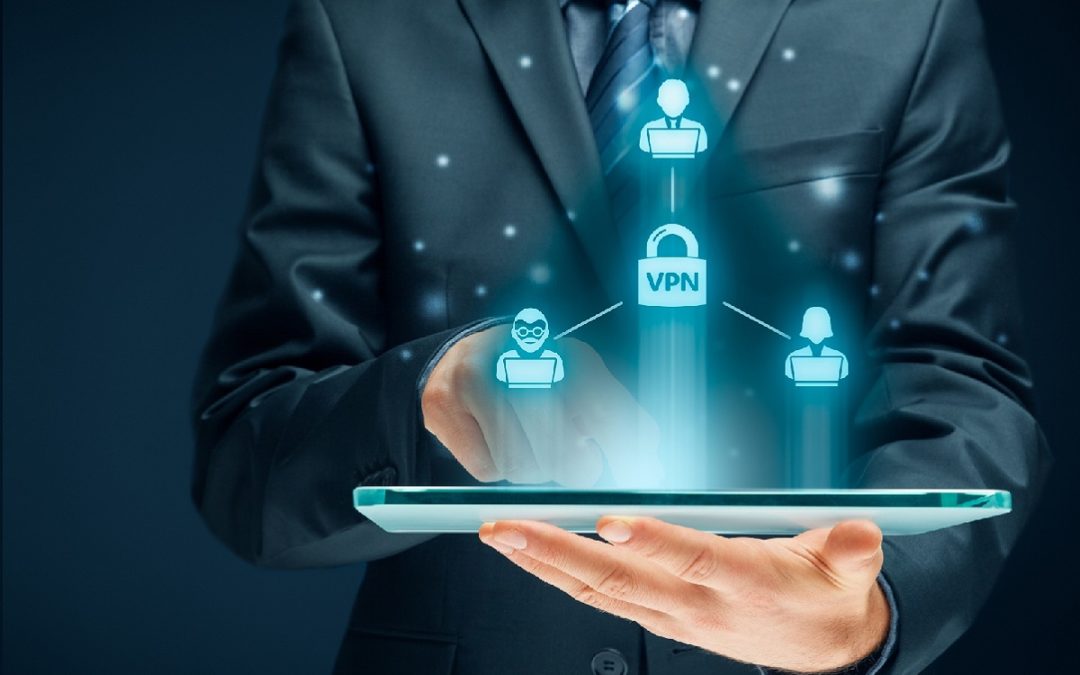 Today, the world is increasingly connected online, and cybercriminals know this. A VPN is a great tool to use to protect your online activity and keep your productivity high. But how do VPN’s work? Read this post to find out.

What is a VPN?

A VPN, or virtual private network, is a private network that can connect a computer or device to remote online locations. It relies on a public network or the internet upon which to operate. The “virtual” part represents the connection it creates through the internet from the user’s own location to another site. VPN’s encrypt data and provide an alternative IP address than the one assigned to the user’s computer. This means that anyone trying to read the data that moves through the VPN cannot read it or find its source location.

VPN’s can allow businesses to extend their intranets and ISP connections to extend to far away remote locations. These can connect to worker’s homes without sacrificing speed and security.

Individuals can also use VPNs to secure their online connections when using public WiFi, such as in coffee shops and airports. Paid VPN services work much like those used for businesses but go through a consumer-level VPN provider instead of an enterprise one.

Paying for a VPN service may be better than having an ISP or using free WiFi because the security threats are so dangerous. Laying a separate direct line from one location to another is too expensive and impractical for most private users and businesses. VPNs are like secure tunnels that cross an ocean in which you can travel and send messages between multiple locations. This protects the traveler from being exposed to the elements and dangers of the open sea.

Professionals and students often work and study in different locations, including shops and offices across a region or multiple countries. So, they need a technology that can allow them to connect online or to their work network securely and reliably. A VPN is a popular tool that can do this.

There are many important benefits of using a VPN, some of which include:

Well designed VPN’s can save time and productivity while also providing flexibility and security for workers, students, and casual internet users. This should be available without having to use a leased line.

Good VPNs also provide security by stopping intruders from capturing data while it is on a public network. Scalability is another important factor to consider. If a business is using a VPN for its office(s), the VPN service should be able to handle user growth as the business increases in size. If not, another VPN service should be selected. A VPN also needs to be reliable and be available to run without fail consistently, even when it reaches its maximum user load.

One of the more important benefits of a VPN is its ability to mask a user’s location they are connecting from, which can prevent cyber attacks. This ability can also allow for accessing online media and resources of other countries, such as foreign TV shows and restricted government information.

VPNs are particularly useful when online banking or making digital payments. If you would like to learn more, read our post How Secure Is Paypal?

A remote-access VPN allows a user to connect to a private network. This can be on a mobile computing device such as a laptop, or just a desktop computer with an internet connection. A secured network can be accessed using this type of VPN, just as they were directly connected to the network’s servers.

Companies often use this type of VPN because they work well for individual employees. These can be deployed and serviced by the IT staff of a business or outsourced through an enterprise service provider (ESP.)

Two parts are needed to make up a remote-access VPN:

A Network Access Server (NAS) is also sometimes called a remote-access server (RAS.) A NAS can be made up of a single dedicated server, or be network software that shares a server with other applications. The NAS is the user connection point that allows the VPN to work. A user’s identification and password are required by the NAS to access the VPN. A NAS will have its own authentication process or use another server for this task.

If a user wants to use a VPN on their computers, they need special software to do it. There are many VPN products on the market that workers or private individuals can download from their computing devices. Many operating systems also include software that will connect to remote-access VPNs. The VPN software will set up a tunneled connection to a NAS that has its own specific internet address. The software also has built-in encryption that will maintain connection security.

This type of VPN uses the internet to access a company’s office intranet. This is a larger scale VPN than a Remote Access VPN, as it allows a company to extend its network reach to other offices around the world. It uses a public network such as the internet as the base of its secure connections between fixed locations. Employees from one location can use the computer resources of the entire company regardless of which office they are located at. As companies grow into large corporations, a site-to-site VPN is often implemented. A site-to-site VPN can use the same software and equipment as a remote-access VPN. It can also remove the need for each individual computer to have its own VPN client software.

There are two types of site-to-site VPNs:

Intranet-based VPNs are for when companies want to have one or more or their office locations connected to a single private network. This will allow them to connect separate LANs into one WAN.

Extranet-based VPNs are for companies that seek to connect to another company’s LAN. This way the two companies can share their network environment.

How Data Travels Using A VPN

To make a private network, VPN’s use tunneling that runs through the internet. There are two parts to a tunnel, an inner packet and an outer packet. The outer packet provides a security layer to protect the inner packet of user data. This is called encapsulation and happens at each endpoint of the tunnel via computers or other network devices. This process follows a specific protocol, called an encapsulation protocol.

An analogy to this is an airplane that carries passengers. The airplane protects and carries the passengers through the sky safely and once they arrive at their location terminal, they exit the plane and go on.

Equipment Needed for a VPN

For individual users, the following are needed:

An enterprise service provider can be used as an outsourced VPN service for a small company that does not want to invest in its own network equipment. Large companies can opt for a co-location facility which is a large data center that rents space to businesses and offers a very fast and reliable internet connection.

Specialized VPN equipment is useful for growing businesses that need more internet access for their employees. These include:

Encryption makes data only readable by a special decoder installed on a system. The purpose of this is to protect it from being tampered with or accessed by another person or entity. It is used for many different forms of data such as e-mails, files, videos, and images. Encryption keys give instructions to a computer on how to encrypt or decrypt the data.

Two common forms of encryption are:

Symmetric-key encryption is when all computers use the same key to both encrypt and decrypt data. Public-key encryption uses a private key to encrypt data on one end and a public key to decrypt it on the other end.

A VPN needs to have strong encryption capabilities, or it is not worth using.

VPN’s encrypt and decrypt data at both ends so it never enters the tunnel without encryption. There are different protocols used alongside keys to encrypt data in site-to-site VPN’s. These include:

The internet uses the IPSec protocol to secure traffic with encryption. This includes different devices connected to the internet, such as routers, firewalls, desktops, and servers. IPSec is made up of two sub-protocols:

Encapsulated Security Payload uses a symmetric key to encrypt the data payload. Authentication Header hides specific data packet information with a hashing mechanism. VPN’s use both ESP and AH together when tunneling.

GRE provides less security than IPSec but allows for carrying other routed protocols. However, GRE can also be slower in routing and forwarding data packets due to extra overhead byte headers.

VPNs and proxy servers are similar but not the same. The main difference is that a proxy does not encrypt your data, and thus cannot be relied on to keep it safe while you use the web or a network. This is especially true if you are using a public wi-fi connection at a coffee shop, airport, or hotel. Make sure your VPN service provides a secure proxy server to send and receive data. Free VPNs often do not provide secure proxy server connections, so it may be best to avoid these.

VPN’s make sending and receiving data across the internet secure for users. As professionals, students, and families increasingly move their daily tasks online, it is important to have a secure internet connection to prevent internet threats from wreaking havoc on their computer systems. Adding a VPN to your existing computing software can provide an extra layer of security when using the internet.